What To Know About Crash Test Ratings and Car Safety Ratings

While shopping for a new or used car, you’ll likely consider a vehicle’s safety ratings before making your final purchase. After all, an accident can happen at any time. And these ratings help to predict how well you’ll be protected in the event of a crash. (The right auto insurance can help, too.)

Maybe you’re looking for a car with a five-star safety rating, or one that’s been named a TOP SAFETY PICK from the Insurance Institute of Highway Safety. (See what made the list of 2021 TOP SAFETY PICKs.)

Of course, those designations make a vehicle sound like a safe choice. But do you know what they really mean? And have you ever wondered if higher safety ratings result in lower auto insurance rates?

Here’s everything you need to know about vehicle crash tests and car safety rankings.

In the United States, two organizations are responsible for gathering and reporting on vehicle crash test data: The National Highway Traffic Safety Administration (NHTSA) and the Insurance Institute for Highway Safety (IIHS). Both organizations conduct extensive testing to determine the safety of vehicles. The difference: NHTSA is an organization run by the federal government, while the IIHS is a non-profit funded by insurance companies.

How Does NHTSA Rate Vehicle Safety?

NHTSA tests most new vehicles and evaluates them based on a five-star safety ratings program. The more stars a vehicle earns, the better it performed in the organization’s tests. The goal is to provide consumers with a simple measure of a vehicle’s crash avoidance, protection and rollover safety. As the organization says, “more stars equal safer cars.”

How Does IIHS Rate Vehicle Safety?

The IIHS safety ratings use a slightly different system to rank vehicles. Instead of a star rating, the group measures crash test results as good, acceptable, marginal or poor. While they conduct a similar side barrier crash test to NHTSA, their other tests are different. They include:

One thing to note: None of the tests account for a common mismatch in real-world conditions where a smaller top safety-rated vehicle collides with or is hit by a larger, heavier one like a pickup truck or SUV.

What Do the Car Safety Rankings Mean?

In both the NHTSA and IIHS rating scales, the definition of high and low performance depends on the specific test being conducted. But while uncovering the exact metrics takes some research, the results speak for themselves. According to the IIHS, “a driver of a vehicle rated good in the moderate overlap test is 46% less likely to die in a frontal crash, compared with a driver of a vehicle rated poor.” For left-side crash tests, that number jumps to an astonishing 70%.

Generally, a rating of 4 or more NHTSA stars and a “good” or “top” safety rating are recommended by commentators.

When conducting the crash tests used in determining car safety rankings, it’s important to evaluate not only the physical damage done to the vehicle, but also the safety of its passengers. That’s what crash test dummies are used for. Not to be confused with the ‘90s Canadian rock band, these life-sized testing devices simulate the damage done to a human body during an accident.

They ride along during vehicle crash tests and are loaded with sensors to measure stress and strain placed on various body parts. Here are some things you might not know about these high-tech mannequins:

How Can I Find My Vehicle’s Safety Ratings?

Both NHTSA and the IIHS publish the results of their crash tests online. Just visit their respective websites and search for the make and model year of your vehicle to view its crash test results.

While there’s no general rule as to how much you’ll save, safer vehicles are often less expensive to insure. Meanwhile, some insurers increase premiums for cars that have poor safety records and are more susceptible to damage or occupant injury.

Why Are Crash Tests Important?

Today, cars are safer than they’ve ever been. And vehicle safety technology continues to evolve. Much of this evolution can be credited to the work of organizations like NHTSA and the IIHS. These groups have pioneered the mainstream adoption of many commonly used safety features, including seat belts, child car seats and airbags.

Want a firsthand look at how much safer cars have become? Check out this video of a 2009 Chevy Malibu crashing into a 1959 Chevy Bel Air.

As newer safety features emerge and cars get “smarter,” new test categories will likely be added – but they aren’t reflected in ratings yet. Additionally, electric vehicles (which are heavier than traditional gas- and diesel-powered vehicles) are just being incorporated into testing.

From your driver seat settings to the position of the steering wheel and your favorite station on the radio, your car is your safe haven on the road. We want you to feel just as comfortable with your insurance coverage. We customize your protection and service, giving you exactly what you need and nothing you don’t. Contact us today to learn more about auto insurance from ERIE.

Haven’t heard of us? Erie Insurance started with humble beginnings in 1925 with a mission to emphasize customer service above all else. Though we’ve grown to reach the Fortune 500 list, we still haven’t lost the human touch. 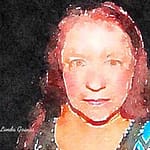 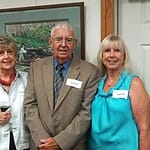 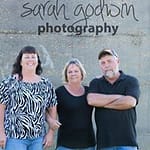